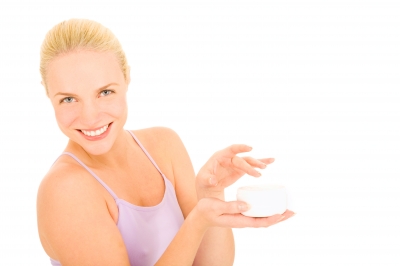 According to reports by the Global Industry Analysts, the global anti-aging products market is expected to reach $291.9 billion by 2015, as more and more of us try to beat back aging by finding just the right combination of creams and serums to keep our skin looking young.

If you’re not careful, however, that wrinkle cream you take home could actually make your skin look worse. A new report released July 10, 2013, indicates that dermatologists are concerned about two preservatives commonly found in anti-aging creams as well as other personal care products, which have recently been tied to an outbreak in skin allergic reactions.

Does your cream contain these two potentially dangerous ingredients?

The two concerning ingredients are:

Both of these chemicals have been widely used during the last 20 years for the preservation of products like cosmetics, toiletries, and in various industrial applications. Effective at controlling microbial growth in water-based solutions, they’re also used in cooling units, industrial water storage tanks, and in paper manufacturing.

Scientists have long known that these ingredients could encourage allergic reactions, even at very low concentrations. A 1999 study, however, indicated that under normal use conditions, the risk of sensitization from rinse-off products was negligible.

Recent reports, however, indicate that allergic reactions to these preservatives are on the rise. A 2013 study found that of patients tested, 3.8 had a positive reaction to 0.02% MCI/MI. Ten out of twenty-one who had reactions suffered from dermatitis after using moist toilet wipes with MCI/MI in them. The researchers noted that patients with dermatitis should avoid products with these ingredients in them.

An earlier study published in the Archives of Dermatology also found that MCI/MI in baby wipes and moist towelettes was a cause of allergic contact dermatitis. But what does this have to do with your wrinkle cream.

Turns out that these two preservatives, which are causing an uptick in allergies from moist wipes, are also present in a number of other products, including body lotions, firming day creams, hand creams, shampoos, conditioners, mascaras, and more. Dermatologists are now saying that MI is second only to nickel in causing contact dermatitis-inflammation of the skin in reaction to something touching it. The reaction can occur immediately after contact, or hours later.

Dr. John McFAdden, consultant at London’s St. Thomas’ Hospital, describes the recent MCI/MI allergy issue as “one of the worst outbreaks of allergy to cosmetic products I have ever seen. There hasn’t been anything on this scale before. We just don’t know when it will peak.”

The number of allergies to these preservatives seems to depend on the dose-some products have higher concentrations than others, thus triggering an increase in allergies. Those who are sensitive may suffer blistering, red rashes, swelling, or oozing. The face and hands are most commonly affected.

Upon further research, we find that allergic reactions may not be the only concern when it comes to MCI/MI. Some studies have shown MI to be cytotoxic, which means it may be toxic to certain types of cells in the body. A 2002 laboratory study, for example, found that short exposure to 30-100 micromolar (4-12 parts per million) of MI was lethal to mature neurons in tissue culture, but not to other brain cells.

The Cosmetic, Toiletry, and Fragrance Association maintains that MI is safe in cosmetic formulas at current low levels (about 15 parts per million). A 1992 Cosmetic Ingredient Review (CIR) also found MI and MCI to be safe for use in personal care products at the recommended levels.

Personally, I’m going to avoid these two preservatives. If you happen to have some products already that contain them, my suggestion would be to get rid of those that you leave on your skin-such as moisturizers and creams. Rinse-off products (shampoos and conditioners) are likely to be less hazardous as you rinse them off shortly after using them.

Next, buy from companies who are using safe preservatives like vitamins, natural plant-based preservatives, and the like. There’s no reason to risk your health, or the health of your skin, over potentially harmful preservatives.

What do you think of MCI/MI? Will you avoid these preservatives from now on?

David Derbyshire, “How your wrinkle cream could destroy your skin: The chemicals in cosmetics that can trigger severe allergies,” Daily Mail, July 10, 2013, http://www.dailymail.co.uk/femail/article-2359596/How-wrinkle-cream-destroy-skin-Chemicals-cosmetics-trigger-severe-allergies.html.