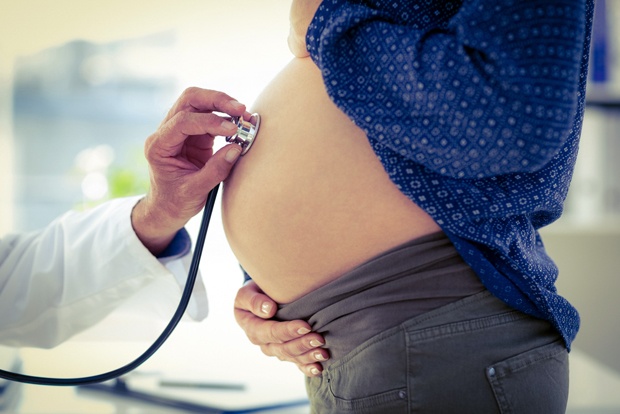 Cancer has a devastating effect on the body, mind, soul, and life of a fighter…but have you ever imagined carrying another life, while undergoing treatment? Many brave women are diagnosed with cancer while expecting a baby, and are forced to choose the best treatment during pregnancy.

According to the article “Pregnancy and Cancer“, the majority of cancers diagnosed during pregnancy are unrelated to the expectancy itself. A recent study done by The University of Texas M.D. Anderson Cancer Center believes pregnancy does not impact cancer growth negatively. “Young women who develop breast cancer during pregnancy, or who are diagnosed within one year of pregnancy, have no difference in rates of local recurrence, distant metastases and overall survival compared to other young women with the disease,” the research finds, although many women are likely to be diagnosed late because of confusing, pregnancy-related symptoms. Unfortunately, a late diagnosis can often stall crucial and life-saving treatments.

Some women aren’t given the option of waiting nine months before beginning treatment, like mother and writer Sandi, who explains, “Since I didn’t have the option to wait for treatment, I think I have a rare insight into what decisions a pregnant woman is faced with while having to go through chemotherapy.” Aside from being a mother of four, Sandi created a Pregnant With Cancer blog after being diagnosed with Hodgkin’s Lymphoma (only two weeks after realizing she was pregnant). “I started my blog as a way to put down my experiences when I was going through the whole whirlwind and shock of diagnosis. It has really grown and become a great outlet for me as well as a way to hopefully reach out to others. I know I was scared and really wanted to find out if cancer treatment could be done safely.” Thankfully, Sandi’s treatments were successful, and she (and her healthy baby) have been enjoying remission since February 2008.

On the other hand, a majority of patients are able to split their treatment into segments, like Angie Nordstrum. Over two weeks in 2004, Angie discovered she was pregnant and had thyroid cancer. After undergoing surgery to remove the cancer during her second trimester, she was able to stall treatment for nine months while breastfeeding. Eventually she was quarantined from her baby for three weeks during radiation treatment. Separation from infants or a constant fear of harm to the fetus are some of many reasons why women need constant support and encouragement during this time.

There are a myriad of ways mothers can find encouragement and healing while dealing with cancer treatments and pregnancy, including resources from the Hope For Two network, or through the positive stories of fellow fighters at Support For Cancer in Pregnancy. If all else fails, simply remembering the inspirational words of cancer survivor Sandi may help: “There were ups and downs, but I learned I had a strength I never knew I had. I have more confidence in myself now. I know I am strong and I know I can do so much more than I ever thought I could.”

Have you ever dealt with cancer treatments during pregnancy, or have a personal experience or advice to share? Let us know!