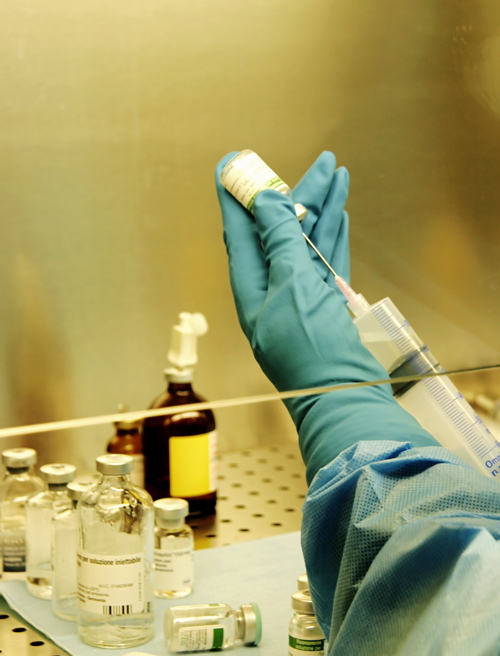 BPA May Reduce the Effectiveness of Chemo by Protecting Cancer Cells

I’ve been reporting about the dangers of BPA for months, now. I’m not trying to beat a dead horse, but a couple new studies just came out that you need to know about.

The first one: BPA may reduce the effectiveness of chemotherapy by protecting cancer cells. In other words, if you’re going through chemotherapy and you have BPA in your system (leached into ood from aluminum can linings and plastics), it may be making it more difficult for the chemo to do its job.

The second one: In case you were wondering if you have BPA in your system, a recent report found that more than 90 percent of Canadians have detectable levels of BPA in urine and blood samples. If this is true of Canadians, it’s most likely true of Americans as well. In fact, the most recent report on BPA by the Centers for Disease Control and Prevention (CDC) confirms “widespread exposure to BPA in the U.S. population.”

Scientists at the University of Cincinnati subjected human breast cancer cells to low levels of BPA-consistent with levels found in the blood of human adults. The BPA acted on the cancer cells just like estrogen does-it induced proteins that protected the cells from chemotherapy agents.

If you’re finding that your cancer isn’t responding to chemo, talk to your doctor about this study. Estrogen has been linked to chemo resistance in the past, but some patients have been resistant even with low levels of estrogen, which so far has left doctors baffled. This new study suggests one possible answer to the problem.

Of course the bottom line here is that this study is just one more in a pile that link BPA to health problems in humans. The National Toxicology Program admits concern with BPA’s effects on the brain, behavior, and prostate gland in fetuses, infants, and children. The FDA has acknowledged concern about BPA negatively affecting children, and is conducting further research. The National Institute of Environmental Health Sciences (NIEHS) has prioritized BPA research to “fill in many of the research gaps in this area so informed personal and public health decisions can be made.” The Environmental Protection Agency (EPA) lists BPA among it’s “chemicals of concern” and has also embarked on a plan of action to investigate it further because of its possible harmful effects on the environment. (More than 1 million pounds are released into the environment each year.)

Where does all this BPA come from? We’ve posted about exposure from plastic water bottles and aluminum food cans. However, it’s also present in consumer electronics like computers, cell phones, and video game consoles.

Again, let me remind you of the ways to avoid BPA in your life.

Have I convinced you to pay more attention to BPA? Please share your thoughts.