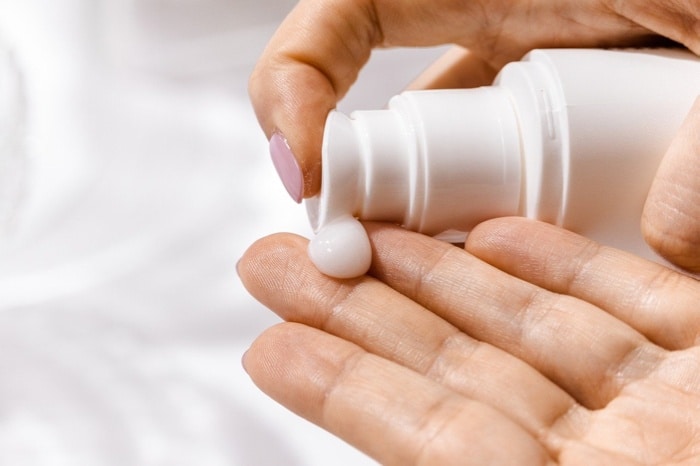 You can find pretty much anything on the Internet these days, and beauty products are no exception. Unfortunately, there are some unsavory characters out there trying to make a quick buck by selling counterfeit and potentially dangerous products to consumers.

Here’s how to protect yourself and your family.

In 2018, a Los Angeles Police Department task force seized $700,000 worth of counterfeit cosmetics after raiding 21 locations in the city’s Fashion District.

The products were found to contain bacteria and human waste and were made to appear as popular brands like Urban Decay, Kylie Cosmetics, and others. Detectives explained the contamination by stating that the products were made under less-than-hygienic conditions—often in someone’s garage or bathroom.

In November 2018, the Mercury Policy Project (MPP) issued a press release stating that testing of cosmetic products sold by Amazon and eBay revealed many contained mercury at levels higher than those deemed safe by the U.S. Food and Drug Administration (FDA), which has set a safe limit of no more than one part per million (ppt).

Together with 50 other advocacy organizations, the Mercury Policy Project called on Amazon and eBay to stop marketing illegal mercury-laden cosmetics on their sites and to ensure that those found to have mercury levels over one part per million were no longer offered for sale.

Mercury is extremely toxic to humans. In addition to potentially causing skin damage, it can sink into the skin and end up in the bloodstream, where it can affect the brain, nervous system, kidneys, and immune system. The danger for pregnant moms is even greater, as mercury exposure can cause learning, memory problems, and behavioral issues in children.

What makes it worse is that the skin is particularly adept at absorbing mercury, so if there is some in a product you’re using, at least some of it will likely end up inside you.

The FDA has warned about this, stating that exposure to mercury from cosmetic products can hurt not only those people using them but their families as well.

Family members can breathe in mercury vapors released from these products, children may touch them or touch clothes that are contaminated with them, or even touch a person’s skin with the product on it, and be exposed.

FDA and state officials have discovered numerous products with mercury over the years, and there have been cases in which people exposed to these products had mercury poisoning, which is defined essentially as having high levels of mercury in their bodies.

The FDA has an import alert in place to help increase awareness of the products found to contain mercury, so they will no longer be allowed into the U.S., but they lack the resources to continually police the issue.

How to Protect Yourself from Toxic Products with Mercury

There’s no way to tell by looking at a product whether it contains mercury, as the chemical doesn’t have any smell, taste, or particular color. Authorities have also found that counterfeits are often made so well that the average person can’t tell the difference between a fake and real brand-name product.

To protect you and your family from potential exposure to mercury in skincare products, follow these tips:

Early signs of mercury poisoning include numbness, memory problems, nervousness or anxiety, physical tremors, and irritability or mood changes. At higher levels, mercury can cause muscle weakness, nausea and vomiting, feeling uncoordinated, difficulty breathing, numbness in the hands and face, and a metallic taste in the mouth.

If you believe you’ve purchased a product with high levels of mercury, contact the FDA about it, and see your doctor for a checkup.

Were you aware that some cosmetic products may be high in mercury?