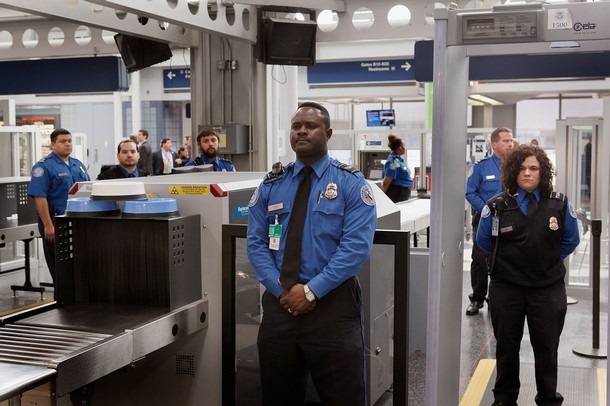 Airport Body Scanners: How Safe is the Dose of Radiation?

For a lot of you wondering what it’s like, I’ve been through it. On my trip back from Tampa a little over a week ago, I had to go through the new electronic body scanner. I was skeptical and asked the security woman about it. Being a cancer survivor and aware of chemicals, carcinogens and radiation, I really didn’t want what I thought was an unnecessary dose of radiation. She assured me the machine uses low-frequency waves that are very safe.

Despite public complaints, it looks like within the next few years these machines will become a normal part of airport security. Should we be concerned about our health?

First, let’s get clear about a few basic things. Radiation is a general word for “emission,” and usually refers to a certain type of energy coming from a source, like the sun or an x-ray machine. There are a lot of different types of radiation, and they can vary along a spectrum of very high energy (high-frequency) to very low energy (low frequency). Gamma rays (like those generated in nuclear explosions) are an example of high-energy radiation, while radio waves are low energy.

So now we can talk specifics. How are we exposed to ionizing (damaging) radiation? We can be exposed through x-rays, ultraviolet rays (the sun), regular airline travel (higher altitudes expose us to more radiation from the sun), power lines, cell phones, and even TV and computer screens. Whether or not this radiation does any damage depends on the dose of the radiation. Now we know that radiation can cause cancer-no question about that-but most studies have looked at people exposed to very high levels such as those who survived the Chernobyl nuclear accident. So far, science is unclear as to the risks presented by low-level radiation exposure. Still, they agree that the lower your exposure, the better, as radiation is just plain not good for you.

This is why it’s best to avoid unnecessary radiation exposure whenever possible-to keep your overall lifetime number down. Going through an airport scanner once in your life is probably not going to hurt you, but what if you’re a frequent traveler? Pilots are the perfect example-and the world’s largest independent airline pilot association is warning its members to avoid body scanners and opt for pat-downs instead. Pilots are already exposed to more radiation than usual because they’re spending hours in the upper atmosphere. Many feel uncomfortable adding more. Some studies have shown that pilots are at increased risks for certain types of cancer, like prostate cancer, myeloid leukemia, and malignant melanoma. Scientists aren’t sure yet whether or not the radiation is to blame, but many pilots, obviously, are concerned.

Still, several agencies are assuring us that the exposure from these machines is very low-equivalent to what you would naturally receive from two minutes of flying at 35,000 feet. To look at it another way-you’d need more than 1,000 of these scans in a year to reach the same dose you’d get from one standard x-ray.

That’s a really small dose. The only thing that unsettles me a little is that 1) there have been no long-term studies on the effects of these machines, 2) apparently the machine could malfunction, and emit more radiation than it’s supposed to, and 3) radiation experts from the University of California have warned that though these machines produce low-energy beams, the radiation is delivered only to the skin and underlying tissue. Sounds good at first, until you realize that dumping everything onto such a small fraction of the body could mean that the real dose to the skin is actually high.

“The majority of their energy is delivered to the skin and the underlying tissue,” the scientists write. “Thus, while the dose would be safe if it were distributed throughout the volume of the entire body, the dose to the skin may be dangerously high.”

The FDA wrote an extended (hard-to-understand) response to the California scientists basically saying that the exposure to the skin is still really low, and that it would take 250 exposures per day to reach safety limits.

The bottom line right now seems to be that these machines are safe, with low radiation emissions. The alternative is the new, groping pat-downs (which we’ll talk about in another post). You have to make the choice that feels best to you.

If you do opt to go through the scanners, I came across new shielding underwear options that may help you feel safer. An inventor from Colorado created some with strategically placed designs made of a special metal that protects your privacy during screenings. (I’m sure there are other designers as well.) There are Belly Bands to keep fetuses safe from the radiation as well. These garments are said to be radiation free, machine washable, and so far the Transportation Security Administration have said nothing about them. I’m withholding my opinion on these for the moment as I’d like to know more about the metal used to make them, but I couldn’t find much information on it. If you know more, I want to hear from you!

Are you concerned about radiation exposure from airport security scanners? Please share your thoughts.