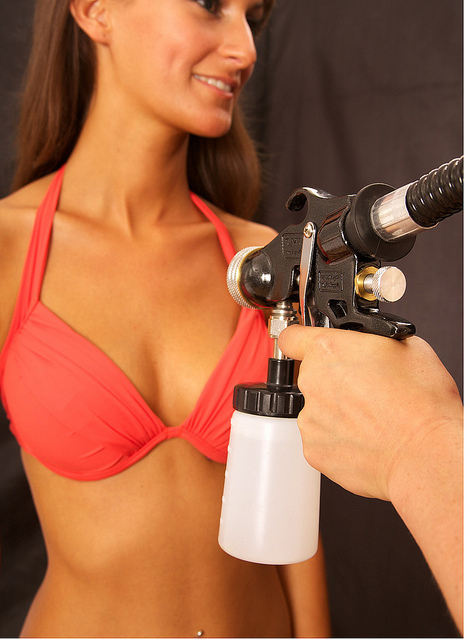 ABC News Warns About Spray Tans-But We Warned You First! 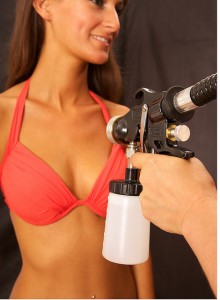 Did you hear the news? On June 12, 2012, ABC News warned about spray tanning, and possible exposure to DHA, which is a potential toxin.

Know something else? We already warned you about this toxin-over a year ago! Check out our old post here, and read on about how the media has finally caught up with us on this chemical.

DHA (dihydroxyacetone) is the active chemical used in spray tans, and according to ABC News, it has the potential to cause genetic alterations and DNA damage.

A panel of medical experts reviewed 10 of the most-current publicly available scientific studies on DHA. Six medical experts in areas ranging across the fields of dermatology, toxicology, and pulmonary medicine said they have concerns after this review about DHA.

This was a surprise to most people, who have been led to believe that sunless tanning is safer than regular tanning, which can increase the risk of skin cancer. What’s the problem?

Could DHA Lead to Cancer?

I reported last year that sunless tanners coat the skin with DHA, which interacts with dead skin cells on the surface of the skin to darken the color and simulate a tan. So far, DHA applied topically seems to be safe. The problems start with spray tanning-when you have a risk of inhaling the stuff.

“The reason I’m concerned,” said Dr. Rey Panettieri, a toxicologist and lung specialist at the University of Pennsylvania’s Perelman School of Medicine, “is the deposition of the tanning agents into the lungs could really facilitate or aid systemic absorption-that is, getting into the bloodstream.”

Panettieri noted that more studies need to be done, but that the compounds could promote the development of cancers or malignancies. In fact, an FDA report dated 1999 but only recently released contains information that shows DHA may have the potential to create mutagenic changes on genes.

The FDA approved DHA for external use in 1977, but recently told ABC News it could never have envisioned the chemical’s use in spray tans, and that DHA should not be inhaled or ingested. In fact, its website states that the use of DHA in tanning booths as an all-over spray has not been approved by the FDA. The agency advises consumers to request measures to protect their eyes and mucous membranes and prevent inhalation.

As we reported last year, however, many salons do not encourage the use of protection. ABC News noted that some offered conflicting advice, telling customers that spray tanning was completely safe with or without protective gear. Nine out of twelve salons didn’t even have eye covers in stock!

I’m hoping this latest media coverage will make more salons more conscientious about the health of their customers. Meanwhile, it’s up to you. Follow these recommendations…and (ahem) keep reading Cinco Vidas blogs!

Do you regularly spray-tan? What do you think of this report? Will you change your behavior?