A Swollen Pocket After Breast-Cancer Surgery? Could Be a Seroma 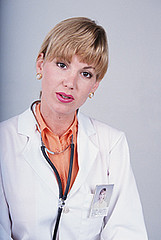 It’s like a blister, puffy and uncomfortable, that may form after you’ve had a mastectomy. In fact, it’s the most frequent postoperative complication after breast-cancer surgery, especially if the lymph glands in the armpit were removed. It’s called a “seroma,” a nice-sounding name for a condition that can cause discomfort, pain, and extended hospital stays.

“I had a bilateral mastectomy last week and came home with drains on both sides,” says fighter Louise414. “Shortly thereafter the drain on the right side stopped working. I saw the surgeon again thinking he would somehow fix the drain. Instead he removed it. I immediately developed seroma.”

Basically, a seroma is a collection of clear fluid (usually blood serum or blood plasma) under the skin. Drains are used post-mastectomy to dispose of the fluids that typically gather after surgery, but once these are removed, some fluid may still pool up in places like the surgery site, under the armpit, and even in the shoulder area, if muscle was removed to help in breast reconstruction. According to BreastCancer.org, they can show up 7–10 days after surgery, typically after the drainage tubes have been removed.

If the seroma isn’t causing you too much discomfort, it will usually absorb back into the body in about a month, though sometimes it can take much longer. If it is painful, you can go to your doctor to have it drained (much like you might drain a blister) with a needle and a syringe, though this can carry a slight risk of infection. Sometimes, you may have to have it drained more than once, or the doctor may use medications to help encourage the body to absorb the fluid.

Researchers have been studying seromas to try to find ways to reduce or eliminate them after surgery, but so far haven’t had a lot of luck. One study published in the World Journal of Surgical Oncology (December 9, 2004) concluded that it didn’t really matter when drains were removed, what type of dressings were used, how often the arm was moved, how old the patient was, what the status was of the lymph nodes, or how large the tumors were. They did find, however, that there was a 2.5 times higher risk of seroma in patients who underwent modified radical mastectomy as opposed to breast preservation.

A current clinical trial begun in 2006 is exploring the use of steroids (i.e., glucocorticoid) after surgery to help prevent seromas from forming. Surmising that seroma formation is the result of inflammation, researchers wonder if substances that decrease inflammation might decrease the chance of seroma formation as well.

If you notice a swollen, tender area developing after your breast-cancer surgery-that feels like a pocket of fluid or hard like a lump underneath-check with your doctor, but don’t panic. It could very well be a seroma. Fighter Becky says, “I am three weeks out from a radical mastectomy and thought I had injured myself by doing too much too soon. Knowing that the seroma is a normal by-product of the surgery is very helpful. It is certainly uncomfortable, but knowing that it is a common occurrence makes it less scary.”

If the fluid seems to be increasing, the seroma getting larger, or if you’re experiencing pressure on the healing area, see your doctor. If you do have it drained, watch for signs of infection, like redness, warmth, or tenderness.

Have you had to deal with seromas after surgery? How did you deal with it?