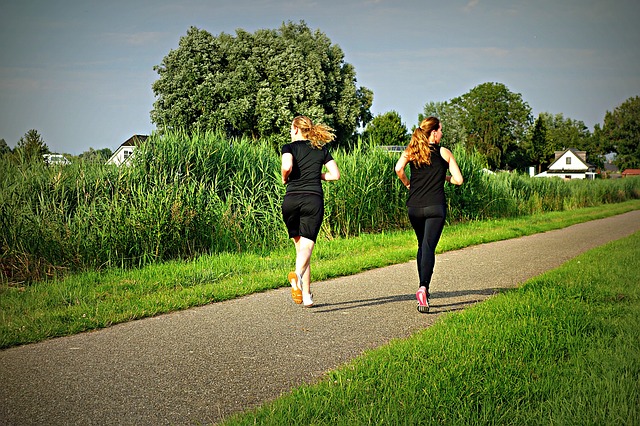 Want to feel happy in the New Year?

It’s easy. All you have to do is tap into the brain’s natural “feel good” path to bliss.

How do you do that? Exercise, of course!

I can hear you groaning. I’m too tired. I don’t have time. I don’t want to go to the gym!

But there’s no denying that exercise is possibly the easiest, most economical, and most effective way to feel good, body and mind. In fact, a recent study reported that working out has a similar effect on the brain as smoking marijuana!

The good news is that you don’t have to run a marathon to enjoy the benefits. As little as 10 minutes of intense exercise can do the trick. The key is “intense.”

But hold onto your excuses, because we’ve got seven ways you can tap into that “runner’s high” without going far from your home or office. If you’ve got 10 minutes (and who doesn’t?), you can be happier in 2017 than you’ve ever been!

How Does Exercise Help Us Feel Good?

What is all this about exercise and endorphins, anyway?

Endorphins are neurochemicals produced in the brain’s hypothalamus and pituitary gland. Structurally similar to the drug morphine, they’re released when the body is under stress (such as during intense exercise) or when it experiences pain. Scientists call them our natural painkillers, because they activate the same opioid receptors in the brain as pain-relieving drugs to help ease pain and make us feel better.

That’s not all they do, however. These little chemicals also give us a feeling of euphoria, that “runner’s high” that athletes often talk about. They interact with receptors in the brain to help put us in a better mood, often with a sense of bliss or extreme peace.

Runners have long been familiar with this feeling, which typically arises after running long distances. But it’s not only running that stimulates the release of endorphins.

Exercise the Most Effective Way of Experiencing Feel-Good Endorphins

Endorphins are released in a number of cases to help the body cope. In a 2003 study, for example, researchers found that the more severe pain someone experienced post-surgery, the higher their blood level of endorphins. They’re also involved in the natural reward circuits of the brain related to eating, drinking, sexual activity, and maternal behavior.

There are a number of ways besides exercise to stimulate the release of endorphins. Laughter is a really good one. In a 2011 study, researchers found that the muscular exertions involved in laughing trigger an increase in endorphins. Laughing also increased pain resistance, which is an indicator of endorphin levels.

Some also suspect that aromatherapy can help, particularly vanilla and lavender scents, as they are often connected with feelings of reduced stress and anxiety. Consuming dark chocolate, too, is believed to release endorphins. Studies have found that it may interact with neurotransmitters in the brain that contribute to reward and mood regulation.

Exercise, however, remains the undisputed leader when it comes to attaining that blissful state. A lot of us miss out, however, because we simply don’t have the time to run for five miles or more. Fortunately, we don’t have to.

Endorphin release tends to vary from person to person. Some people may experience that feeling of bliss sooner than others, or under different circumstances.

There are certain types of exercise, though, that are known to bring on endorphin release more commonly than others. The main thing to remember is “intensity.” If you work toward the top of your capabilities, you will release more endorphins than if you just stroll along.

Try the following ideas when you’re feeling sluggish, when you don’t have time for your regular workout, or when you’re stressed out. See if you don’t feel a lot better!

These are great for getting your heart rate up and your endorphins going, and they’re easy to do just about anywhere. Do as many as you can, pause for a few minutes, and then do another set. Go for at least two sets-three if you’re up to it.

Keep a few weights at the office to work with during your breaks. Research shows that weight lifting exercises can bring on endorphin release more commonly than many alternatives. Bicep curls, shoulder raises, and other types of weight-lifting activities stress your muscles and get your heart rate going, which both trigger the release of endorphins.

Make sure the weight is heavy enough that you can do only a few repetitions at a time. If you can do ten or more, you probably need to go up about 5 pounds.

Most of us have stairs somewhere close nearby. Running up and down them as fast as you can for 5-10 minutes will get your heart racing. Keep going just a little longer than you think you can to tap into that runner’s high.

Whatever kind of exercise you do, if you do it outside, you’re more likely to experience a better mood. Scientists have discovered that even if you workout at the same intensity, you will perceive it as being easier, and you’ll enjoy added mood-boosting benefits.

5. Exercise with a Friend

If you pair up for your 10-minute intense walk, you’re not only more inclined to do it, but you’ll also experience additional positive emotions. You’ll be adding a social element to your workout, which naturally helps you to feel better, even if you don’t work out hard enough to get that endorphin release. Choose a competitive friend who will push you and you’ll probably get there, though!

The more regularly you work out, the more likely you’ll be to experience the blissful benefits. Researchers found that a single treadmill session created about twice the effect on mood for regular exercisers as it did for those who didn’t regularly exercise, so consistency is key. Try a 10-minute burst of activity before you break for lunch, for example, or just after you leave work. Consider a fast round of jumping jacks, jumping rope, dancing to a fast tune, or running around the block.

There’s a lot of talk about interval training these days. It’s believed that working intensely, then resting, then working intensely again can burn more calories and increase fitness faster than just working at the same moderate level for longer periods of time.

You can use this to your advantage over your 10-minute period. Work intensely for 30 seconds, then rest for 15, then work intensely again for another 30 seconds. You can do any sort of exercise this way-running, stairs, jumping jacks, jumping rope, lifting weights, push-ups, biking, squats, or simply jumping up and down. By the time the 10 minutes is over, you may feel like you just finished a half-hour workout-endorphins and all.

Do you have other ideas for short, endorphin-boosting workouts?