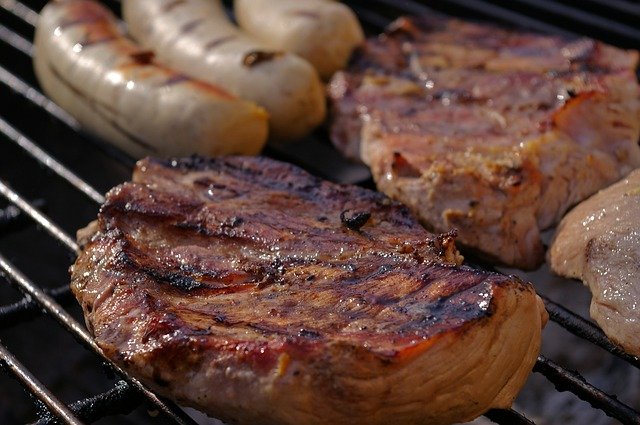 We’ve talked a lot about foods that are good for your skin.

In previous posts, we covered:

The more we learn, the more we understand how diet and skin go together. New research is even showing how probiotics (found in yogurt, kefir, miso, and more) may help prevent eczema in young children and even delay the appearance of aging.

Today, we’re going to look at it from the other side. What foods should we avoid if we want young-looking, radiant skin?

We’ve got four that you should definitely keep off your plate, because they may actually accelerate the appearance of aging.

1. Foods High on the Glycemic Index

The more sugar you have in the body, the more likely they are to form some byproducts called “advanced glycation end products (AGEs)” that actually stiffen and alter protein fibers. The more AGEs that we have, the more we age.

In fact, studies have found that “glycation,” as this process is called, accelerates skin aging, and worsens skin damage when we are exposed to UV radiation.

In a 2013 study, researchers showed pictures of about 600 participants to another group of people and asked them to guess the age of the people in the pictures. Those with higher blood sugar levels were rated as looking older than those with lower levels.

The Solution: Limit intake of sugary treats and white-flour-based foods, and eat more whole-grain, protein-rich, and high-fiber items that take slower to break down in your system. Check the glycemic index on food for guidance.

2. Anything with Added Fructose

You’ve probably heard about how high fructose corn syrup isn’t good for you.

Well here’s more evidence: In one study, researchers found that participants fed fructose (not glucose or sucrose) experienced an increase in all of the following:

Meanwhile, fructose reduced collagen levels (that nutrient that keeps skin firm), and created more “crosslinking” of the collagen that remained-another sign of the breakdown of skin’s structure. Researchers concluded that long-term consumption of fructose has “adverse effects on aging.”

We’re still researching this potential connection, but in general, watch your food labels for fructose. It’s amazing how many foods have it added in (including soups, yogurts, packaged foods, and cereals).

Partially hydrogenated oils have been chemically processed so that they appear in a solid form. This helps extend shelf life and allows manufacturers to create products that last longer once you get them home.

These fats are not good for you, however. They are the primary source of trans fats in our diets, which are considered to be the unhealthiest fats you can consume, and have been connected to heart disease and chronic inflammation. In June 2015, the FDA determined that trans fats were not safe and gave food manufacturers three years to remove them from their products.

As you may already know, anything that increases inflammation in your body increases it in your skin, too. That means increased acne breakouts, wrinkle formation, redness, and general aging. Inflammation generates free radicals, too, that damage DNA and cause cells to malfunction.

Many manufacturers are now cutting back on these fats, but you’ll still find them in a lot of processed foods. Look for the words “partially hydrogenated” on the ingredient list. Even if the product says it has no trans fats, if it contains partially hydrogenated oils, it still contains trans fat. The law so far has allowed food manufacturers to put “zero trans fat” if the product contains less than 0.5 grams.

But if you eat more than one serving of the product (which often happens), realize that you’re getting more trans fat than that.

According to a 2013 study, dry heat (such as may be used in grilling or barbequing) promotes the formation of AGEs by 10- to 100-fold above the uncooked state.

Animal foods, which are higher in fat and protein, are even more prone to new AGE formation during cooking. (Fruits and veggies have lower levels to begin with and are less of a concern.)

That means you want to limit meats that are browned or charred, or that are cooked by grilling, roasting, or broiling at high temperatures. Try instead to cook more often with moist heat, shorter cooking times, and lower temperatures. Use marinades with lemon, other citrus juices, and vinegar, as they help reduce the number of AGEs that form. Use your slow cooker more often-it retains more nutrients from the foods, anyway.

Do you avoid these four food groups?