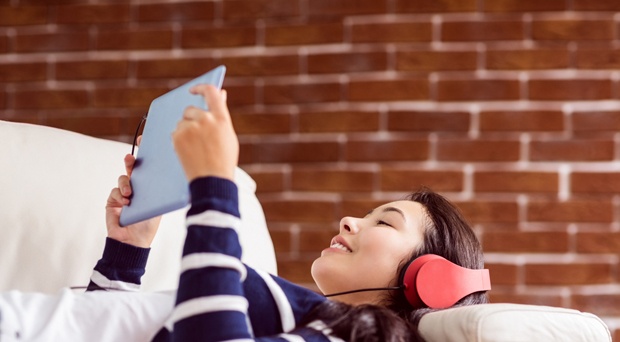 3 Ways Music Can Make You Feel Better This Holiday Season

Want a way to breeze through the holiday season with a smile on your face?

Would you like to feel less stress and more joy on a general basis?

Then make sure your car audio system, your computer, and your headphones are all playing the right kind of music.

Yes, it can be that simple! Scientific studies have shown us that music not only relieves stress, but can help improve our mood and keep us feeling better overall.

1. Use Music to Relieve Stress

If you’re like most of us, you’re hurrying around a lot during the holidays, making sure you have the right gifts for your loved ones, cooking meals, attending parties and get-togethers, and otherwise managing the changes the season brings.

You may not have time to sit down and relax for an hour or so (though we urge you to find at least 30 minutes a day to do just that!), but you can definitely choose to listen to soothing music.

Its effects are proven. In a 2013 study, for instance, researchers exposed women to either relaxing music (soothing classical tunes), the sound of rippling water, or rest without sound at all. They then tested their heart rates, respiratory rhythms, and cortisol (stress hormone) levels.

Results showed that all three groups experienced stress relief, but the group listening to relaxing music experienced relief much faster than the other two groups, and also had lower cortisol levels.

In fact, music is so effective at relieving stress that it even helped people to relax before going through surgery! In a 2001 study, researchers studied participants who were waiting to go through eye surgery. Half were allowed to enjoy their choice of music through headphones before, during, and after the surgery, while the other half had no access to headphones or music. Scientists then tested heart rate, blood pressure, and patient-reported stress.

Results showed that both groups had increased blood pressure and heart rates prior to surgery, but that those listening to music were able to return to normal levels more quickly, whereas the control group continued to have high levels throughout the process. Patients who were able to listen to music also reported feeling less stress than those who didn’t have access to music.

So while you’re running from place to place or cooking yet another big meal, think about strapping on your headphones. You may find yourself sailing through your tasks with a lot more ease.

2. Use Music to Avoid Getting Sick

Enjoying music that you like during the holidays may also help you resist illness. We all know that it’s cold and flu season, and you’re probably washing your hands and disinfecting frequently handled surfaces, but you can do even more just by turning on the tunes.

That’s because music actually boosts the immune system. A 2008 study reported that after listening to 50 minutes of uplifting dance music, participants experienced an increase in the levels of antibodies-those immune cells that fight off bacteria and viruses. (Stress levels went down too.)

In a large scale review of 400 studies published in 2013, researchers also found that music improved the body’s immune system function, increasing immunoglobulin A and natural killer cell counts. And if you’re singing in a choir this holiday, good for you! Researchers found that those who sang in a choir not only enjoyed it, but experienced a nice immune system boost.

3. Use Music to Improve Your Mood

If the holidays leave you feeling a little down, why not get a new album? It’s almost guaranteed to make you feel better.

In a 1994 study, for example, depressed adults were assigned to one of three groups:

Results showed that participants in groups one and two both experienced improvements in depression, distress, self-esteem, and mood, and that they were able to maintain these improvements over a 9-month period!

If burnout is your problem (and who doesn’t experience that at the end of the year?), it may help to get together with friends to make some music. A 2004 study found that exhausted nursing students who got together for a drumming class felt less burnout and improved mood after doing so for six weeks. (Any chance you can find classes like this in your area?)

Another study tested the effects of music on patients going through cancer treatments. Participants took part in eight music therapy sessions, with results showing that the sessions significantly improved mood.

What kind of music is best? It depends mostly on your preference, but a 2010 study did find that classical music, on the whole, helped listeners relax and reduced stress and anxiety. Pop music had a similar effect, helping listeners to feel less worry and tension and more ease. Heavy metal music, on the other hand, increased feelings of tension and nervousness.

On the whole, though, our response to music is individual-choose the tunes that make you feel the best. Sometimes, even a sad song can be cathartic and soothing. That’s the beauty of music-you can select your own medicine.

How does music help you cope with the stresses of life? Please share your thoughts.

“Listening to Music May Give Immune System a Boost,” NY Sun, August 25, 2008, http://www.nysun.com/health-fitness/listening-to-music-may-give-immune-system-a-boost/84527/.