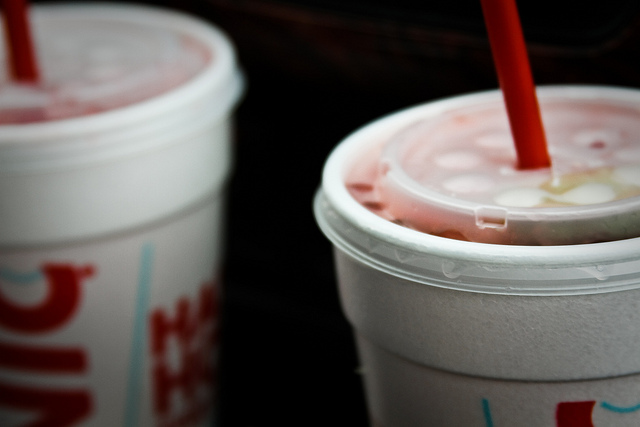 3 New Carcinogens Added to Government List: How to Avoid Them

Last summer, the National Institutes of Health (NIH) added eight more substances to their list of carcinogens, which now numbers 240 chemicals and biological agents. Their report on June 10, 2011, identified those agents, substances, mixtures, and exposure circumstances known or reasonably anticipated to cause cancer in humans.

If a substance makes it onto this list, it doesn’t mean that if you’re exposed, you’ll immediately get cancer. There are many factors involved, including how much of the substance you’re exposed to and for how long, your own susceptibility to it, and your other risk factors.

Two of the new additions are particularly concerning because they’re present in many of our everyday products: formaldehyde and styrene. A third is also of concern to those of us trying to enjoy more natural products-aristolochic acids, which are found in some herbal products used for the treatment of arthritis and gout.

Here’s more on these three carcinogens and how you can avoid them. To peruse the rest of the list of 240, check out the American Cancer Society’s page on the topic.

Formaldehyde: Known to Cause Cancer

I’ve posted about this one several times before, and it’s one of my Ingredients to Avoid. Formaldehyde is a colorless, flammable, strong smelling chemical that used to be classified as “reasonably anticipated to cause cancer,” but that was changed when scientists found that the gas caused nasal cancer in rats. This chemical is found in resins, coating, plastics, wood products, some eyelash glues, nail polishes, cigarettes, and hair-straightening products. We’re also exposed to it through automobile emissions, kerosene heaters, and unfortunately, it can also exist as a by-product in some personal care products. Studies have linked it with blood and lymphatic cancers, as well as to Hodgkin’s lymphoma.

“Formaldehyde is probably the most ubiquitous of the new chemicals listed,” said John Bucher, Ph.D., associate director of the National Toxicology Program. “You’ll run into it in more places than the others, and it’s more toxic at lower concentrations.”

To avoid this one: Ask about formaldehyde content before purchasing pressed-wood products. Look for ones labeled ultra-low-emitting-formaldehyde (ULEF), no-added-formaldehyde (NAF), or California Air Resources Board (CARB). Read labels and avoid “formalin” and “methyl aldehyde,” which can release formaldehyde, as well as ureas, DMDM-hydantoin, quaterniums, methenamine, polyoxyethylene, and sodium hydroxymethylglycinate. Purchase organic and natural personal care products, and try to reduce your exposure to pollution and car exhaust. Use formaldehyde-reducing houseplants.

Aristolochic Acid: Known to Cause Cancer

This is a botanical contaminant found in some herbal products used to treat arthritis and gout. It’s mainly found in the plant “Aristolochia,” but can also be present in other plants. In 2001, the FDA advised against the use of products that might contain these acids, but products can still be purchased over the Internet. High amounts of artistolochic acid (AA) has been linked with bladder and upper urinary tract cancers among people with kidney or renal disease. According to a study published in 2002, “AA is a powerful nephrotoxic and carcinogenic substance” and “all products containing botanicals known to or suspected of containing AA should be banned from the market worldwide.”

To avoid this one: Stay away from all AA products.

Styrene: Reasonably Anticipated to Cause Cancer

To avoid this one: Don’t smoke, and avoid Styrofoam cups and containers-swap to a stainless steel coffee mug and ask for alternative takeout boxes. When using plastic eating utensils, avoid styrene-containing plates and cups and look for eco-friendly alternatives.

Do you avoid these three carcinogens? Tell us how.