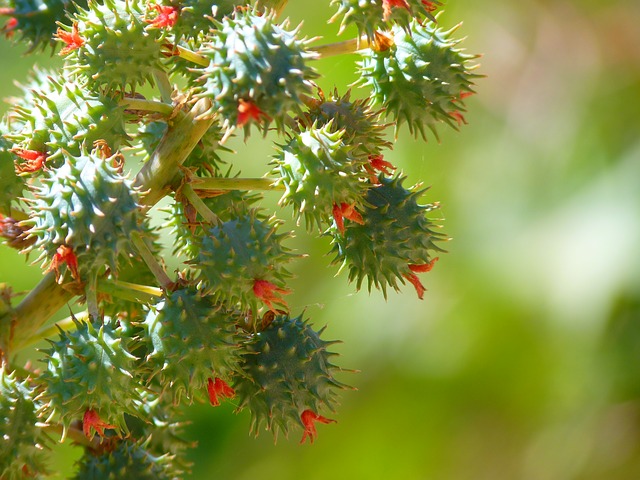 10 Reasons You Need Castor Oil in Your Beauty Regimen!

The next time you find your skin and hair looking dull or your eyebrows sparse, you may want to reach for the castor oil.

Seriously? Castor oil? Isn’t that what our grandmothers used to treat constipation?

It’s true-castor oil, when taken internally, can get the bowels moving. But there’s so much more to this ingredient. Here’s why you need to have some in your home right now!

What is Castor Oil?

Castor oil is a vegetable oil that comes from the castor oil plant (Ricinus communis). This is a perennial shrub native to the Mediterranean, Eastern Africa, and India, and several tropical regions. It can grow as high as about 35 feet, with glossy leaves and yellowish-green flowers. The plant produces a seed that is the source of the oil.

The oil itself is a pale, yellow oil with a wide variety of uses, but today we’re going to focus on how it helps in skin and hair care. Like most oils, it’s full of moisturizing fatty acids, including stearic, palmitic, oleic, linoleic, and more.

What makes castor oil unique, though, is its “ricinoleic acid (RA),” a monounsaturated, 18-carbon fatty acid. RA is the main component in castor oil, accounting for about 90 percent of the total. It’s the RA that has that laxative property, but studies have also found that it is a powerful anti-inflammatory and pain-reliever.

Researchers say that RA is similar to “capsaicin,” the topical pain reliever that comes from peppers. You’ve probably seen this pain reliever in over-the-counter creams and gels that are made for relieving muscle and joint pain. Studies have also shown that RA helps speed wound healing, reducing swelling, inflammation, and pain.

7 Ways You Can Use Castor Oil

Castor oil has been used in traditional medicine for centuries as a way to ease constipation and as a natural remedy for skin and eye irritations. We think if you take a minute to revisit castor oil and its many benefits, you’ll agree that it’s time to resurrect this oil as a key home remedy.

As you can see, castor oil can provide you with a number of skin and hair benefits! Make sure you have some in your medicine cabinet, and you may also want to give our Restorative Skin Balm another look. It’s an award-winning product because it’s so effective, but you have to try it to see!

Have you used castor oil for skin and hair benefits?